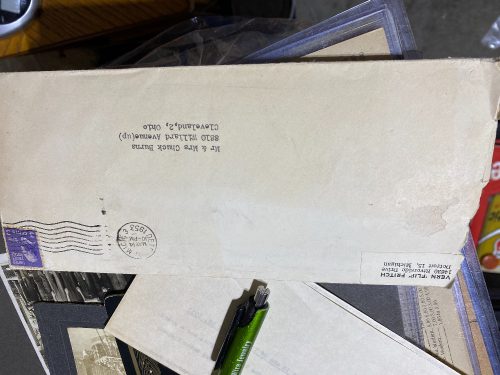 Photograph of Vern flip Fritch with his car 104 autographed by him
Two tickets benefit drawing for Vern fixtures Smith juggler midget the famous number 104 driven by the star at the racing picture born to speed
Also other papers from Flip Fritch Plus other papers he sent
Also have many letters written by Bob Russo well he was tracking the Indianapolis 500. 1953 also reports on winnings , speeds covers issues with drivers cars time trials all drivers that year I am like again multiple letters on racing legends impact with a lot of information on history of the NASCAR. I guess Bob Russo was well-known journalist that’covered racing all these papers covered lots of information during the 50s including the following Frank Kurtis, Freddy Agabashian, Ray Crawford , Including where stats money made with all the racers of the Indianapolis 500

Other items listed by Chucklz129